It's easy! Try not to be under or too close to a bright light source, because that can cause lens flares spots of unwanted light in your photos. Lens flare can look cool sometimes, but would be distracting in photos like these. For all the shots in this post I used Shutter Priority mode , with a 6 second shutter speed. Taken earlier that day.


A dull day may turn into a beautiful blue hour! Shot a few hours later in the same place. The way the blue changes is pretty cool as well. It goes from light, to kind of dark and moody.

Take a few practice shots first and check your display so you can adjust your composition if needed. They are located near Bridgewater and Lunenburg. After the shoot, we jigged some squid until midnight. Dena Haines is a travel blogger, photographer and content marketer.

My first suggestion is to decide on your subject and consider what you want to include in your image. You may want to frame your subject with an attractive background or foreground to make the image look more visually pleasing. I chose to photograph this night scene of Tokyo with the Rainbow Bridge as my main subject with the neon-lit cityscape and towering skyscrapers beyond.

You will need to decide on the settings you want to use. If there is movement in the image, you may want to prioritize shooting in shutter speed priority. If not, then aperture mode can be used to achieve greater depth of field. 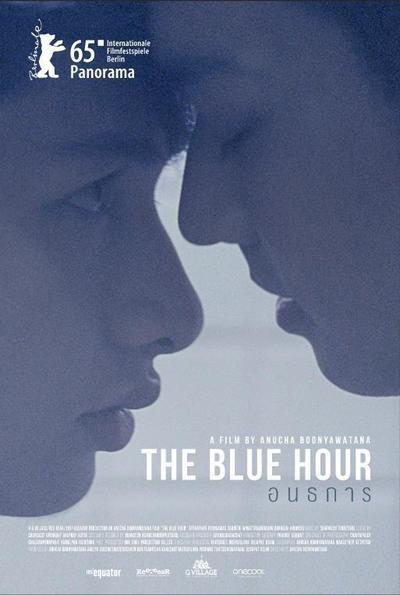 The correct exposure will automatically be set to let in the right amount of light when you capture your images. Both methods allow the use of longer exposures.

As the light fades, you may find that you want to increase your shutter speed to maintain a well-exposed shot. I would start at around a second and increase the exposure accordingly when darkness falls.

You can also use shutter speeds to creative effect. For example, capturing moving traffic trails during the blue hour can give pleasing results. Suede were of a different color. Yes, you could hear a bit of Scott Walker and the odd Bowie-ism in their sound, but everyone has influences. Not everyone transcends them. Suede did and still do. There's a singularity about Suede that remains very much evident on The Blue Hour. It's there in Brett Anderson's tremendous voice with its trademark yelp.

It's there in the music, of course. And it's there in how they assemble and present their work -- the photography many of the stark, morbid images in the booklet were taken by band members , the concepts, the typefaces, and illustrations. Paul Khera's atmospheric front cover the band are credited with 'sleeve design' captures a sky about two hours paler than midnight blue, under which lies a wire fence and a junk-strewn wasteland in which an isolated child sits, face partially concealed by the hood of an anorak.

On to the songs, written by varying configurations of Andersen, keyboard player, Neil Codling, and guitarist, Richard Oakes, who famously joined the band at 17 years old, prior to Coming Up , and immediately became a key contributor. The Blue Hour takes the catchiness of Bloodsports and the brooding, experimental noir of Night Thoughts and blends them.

As with Night Thoughts , several tracks are fully orchestrated, but this time around, rather than relying on an external pro, Codling is responsible for the bulk of the arrangements his work on "All The Wild Places" is particularly accomplished, lending the track a willowy beauty quite unlike anything Suede have done before , which are played by the City of Prague Philharmonic Orchestra. The result is possibly the most satisfying entry in what those of us of a less fanciful persuasion might call a trilogy.

There's a concept, but it's worn lightly — lightly enough, in fact, that 'concept album' would be a misleading appellation.

The story isn't fully explained or resolved, leaving room for the listener's mind to become part of the action. There's a missing child amid the menacing open spaces, fields, and woods of the countryside as night descends. Other characters emerge in the songs, though it's hard to determine whether for good or ill.

This is an album in which the pastoral is something threatening and dark, much like in the film sub-genre 'folk horror', typified by Blood on Satan's Claw and The Wicker Man a quarter of the way into the album, the menacing chant of 'Chalk Circles' makes this abundantly clear. Much of this has been inspired by Anderson's relocation to the West Country.

But the countryside of The Blue Hour is no rural idyll. It's a countryside of rubbish dumps, pitiless elements, bare trees, hostile, icy fields, discarded children's toys and dead animals. The change of producer from Ed Buller who has worked on five Suede albums to the legendary Alan Moulder makes for a slightly airer, less thickly-stuffed sound. There are several plaintive Suede ballads that recall the high points of Dog Man Star Of these, the most effective are "The Invisibles" and "Flytipping".