The Byzantine Rite is a series of litanies sung among the con celebrant s at the altar, the deacon s standing at the Holy Doors, and the faithful. There is a constant exchange of sung dialogue between the altar and the faithful. Even the Eucharistic Prayer contains one of these dialogical litanies. In fact, in the more strictly observant churches the Holy Doors are often closed, at least during penitential seasons, and the curtain behind them is drawn blocking any view whatsoever.

Yet the sung interchange keeps the faithful aware that they are an integral part of the celebration. 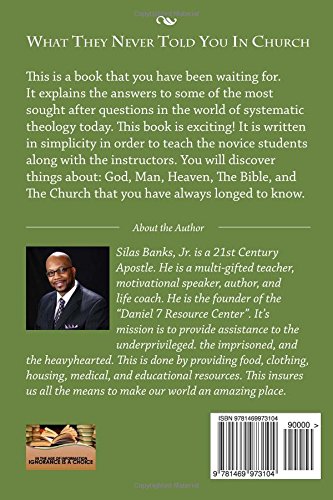 In the West, however the prayers are usually said by the priest alone. So the issue for me really is this: is the Eucharist something the priest does on behalf of the people or is it something that the entire Body of Christ—the Church assembled—does together with the priest, as a sacramental presence of Christ in the assembly, does in unity.

The Tradition of the Church, as found in the Fathers of the Church, make it clear that the Liturgy is the work of the entire People of God albeit in their different functions. The versus populum position of the priest at the altar, which is the authentic heritage of the Roman Rite, preserves this in the face of a rite that would otherwise reduce the People of God from exercising their baptismal royal and priestly dignity to mere recipients of grace through the mediatorship of the ordained priest. There is no way that I want to go back to that faulty ecclesiology, nor do I believe the vast majority of the faithful want to revert to being strangers at the Table of the Lord.

My experience of those seminarians and clergy who wish to go back is that they have a need to dominate and control others that stems from an underdeveloped psycho-sexual self-identity and want to use the Liturgy for their own aggrandizement. They become, at least in their own minds, the indispensible mediators of grace through whom alone we can approach the Throne of Grace and without whom we would be bereft of the Love of God.

Pray for them for the judgment will be severe. Sorry for the long time between posts--it has been a busy week with lots of summer visitors. Hope you all are enjoying your summer as well.

It's All about Jesus : What They Never Told You in Church - chingpategeke.gq

All ad orientem liturgies are ad ad absidem but not all ad absidem liturgies are ad orientem. Ad orientem refers to the worship space itself faced eastwards towards the rising Sun. This was an ancient custom prevalent through the east from at least the fourth century and through the west—excepting Rome and a few other places south of the Alps that never adopted the practice. The idea of ad orientem is for the worshippers to face the rising Sun, symbol of the Resurrected Christ, as the Eucharist was celebrated at Sunday Dawn.

Curiously in some places, again particularly in Italy and notably in Ravenna and Lucca, while the churches were usually oriented, the older custom, drawn from Rome, with the priest facing the people over the altar Mass versus populum was retained as we can see at San Vitale and at San Apollinaire in Classe. Indeed even when one examines the remaining pre-Vatican II altars in the Cathedral of Florence, Siena, Orvieto, one notices that they were all constructed after the liturgical Reforms of the Council of Trent to replace older free-standing altars.


This is no proof that ad orientem celebration was only introduced to much of Italy in the late 16 th century, but it is a significant indication that the question should be studied in more depth. If the purpose of the ad orientem position being for priest and faithful alike to face the rising sun, where the worship space itself is not oriented it makes absolutely no sense for the priest to face away from the congregation unless it is part of the tradition of the rite itself.

Such a position is not ad orientem but ad apsidem facing the rear wall of the church, the apse.

It's All About Jesus Quotes

As shown in earlier postings, the traditional position of the presider in the Roman Rite is to face the people over the altar. East is east—where the sun rises, any other point on the compass is either North, West, or South. As I have pointed out in previous posts the practice of ad orientem has been of very ancient origins in the East. We need remember that Sicily and much of Southern Italy as far north as Naples and the area around Ravenna was under Byzantine Rule until the 12 th century.

The Greek Rite was used in the churches of this area. In northern Europe ties between the Court of Charlemagne and the Emperor at Constantinople introduced much Greek ceremonial into both the royal court as well as into the Church. Liturgy developed far more elaborately in Northern Europe, particularly in France than it did in Rome which kept to its simple, almost Spartan, liturgical tradition.

The various dioceses of France, Britain, the Rhineland, the Low Countries all developed their own particular customs over the 8 th through the 14 th centuries. Most of these rites were renounced in favor of the Missal of Pius V after the Council of Trent, however many customs—the number of candles on the altar, the use of specific liturgical colors—were not only retained but found their way into the Missal of Pius V replacing older Roman practices.

Before the revisions of Pius V, missals for the various rites concentrated mostly on the liturgical texts and often did not include detailed rubrics; at the time of the Council of Trent, however, rubrical conformity became a real priority and the lack of detailed rubrics in the Roman books was supplemented by rubrics borrowed from the various medieval rites. Also Pius V himself was a Dominican and the Dominicans had a very elaborate and detailed rite, predisposing the pontiff towards abandoning Roman simplicity in favor of a more baroque approach to worship that matched the architecture of the churches being built—or renovated—in Rome at the time.

Consequently the high altar is approachable from only three sides. Indeed the papal altars in all four major basilicas are all designed for versus populum celebration and even before Vatican II, the popes celebrated facing the congregation over the altar. Labels: ad apsidem , ad orientem , Eastern Rites , Gallican Rites. The versus populum altar.

There was an interesting line in letter to the New York Times this morning July 19 th. It had nothing to do with the question at hand: ad apsidem vs. But despite the context, the principle is the same. Historians keep our collective past in focus as an aid to determine our present and future choices. Whether it be our cultural history, our political history, or our ecclesiastical history we often fall victim to vague generalizations, popular myths, and incorrect data all if which leads to wrong conclusions.

If you thought the up-and-down roller-coaster ride of Christianity was all part of the "normal Christian life," then this book is sure to provide you with some much needed relief. Customer Reviews. Write a review. Ask a question. Pricing policy About our prices. We're committed to providing low prices every day, on everything. So if you find a current lower price from an online retailer on an identical, in-stock product, tell us and we'll match it. See more details at Online Price Match. Email address. Please enter a valid email address. Walmart Services. Get to Know Us. Customer Service.

In The Spotlight. Shop Our Brands. Looking for a high-quality podcasts app on Android? Player FM might just be it.

Easy and intuitive to use. New features frequently added. Just what you need. Not what you don't. Programmer gives this app a lot of love and attention and it shows.

Suggestions for Study and Teaching

It's also a great way to discover new podcasts. So easy to find shows to follow. Six stars for Chromecast support. Mormon Stories is an attempt to build understanding between and about Mormons through the telling of stories in both audio and video formats. Soul Search explores contemporary religion and spirituality from the inside out — what we believe, how we express it, and the difference it makes in our lives.

Reflections from a faith perspective on issues and people in the news.